Your desert is under attack! Take control of the sentient Cactus that defends these sands, save the day against the horrible beasties using weapons you plant yourself and watch grow from seedlings.

Juggle your seeds, ammo and water as you fight off the hoards of bugs and beasties out to get you!

The highest score this jam was Hokori! with 12600, congratulations! 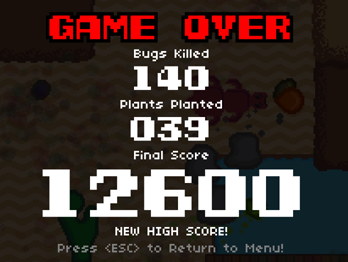 Thank you so much to everyone who's enjoyed Cactus Capers! One of the main improvements people had asked for when playing was improved controls, you'll all be relieved to know that's been implimented in the post-jam update, check it out here: (Download for free HERE) 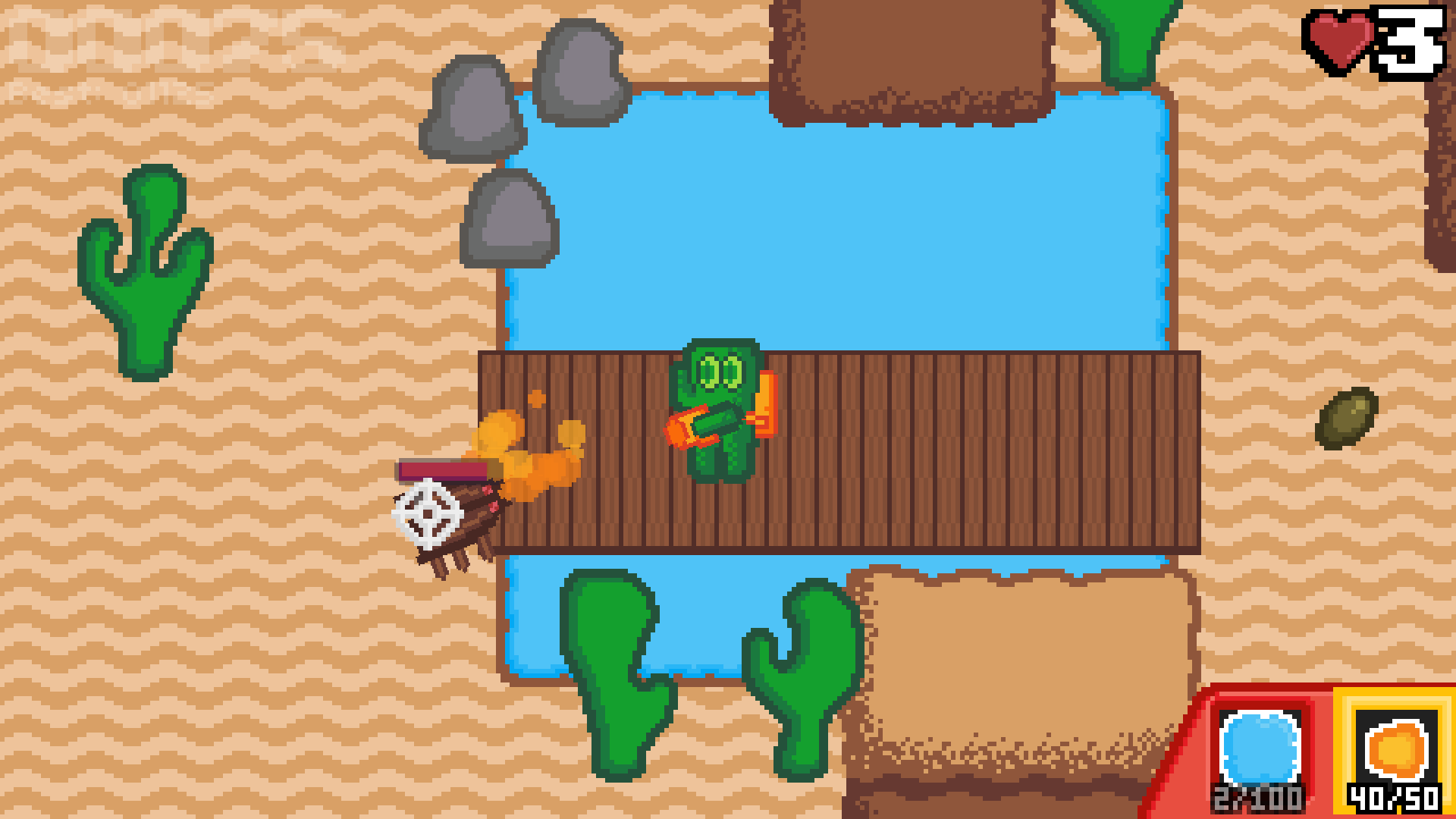 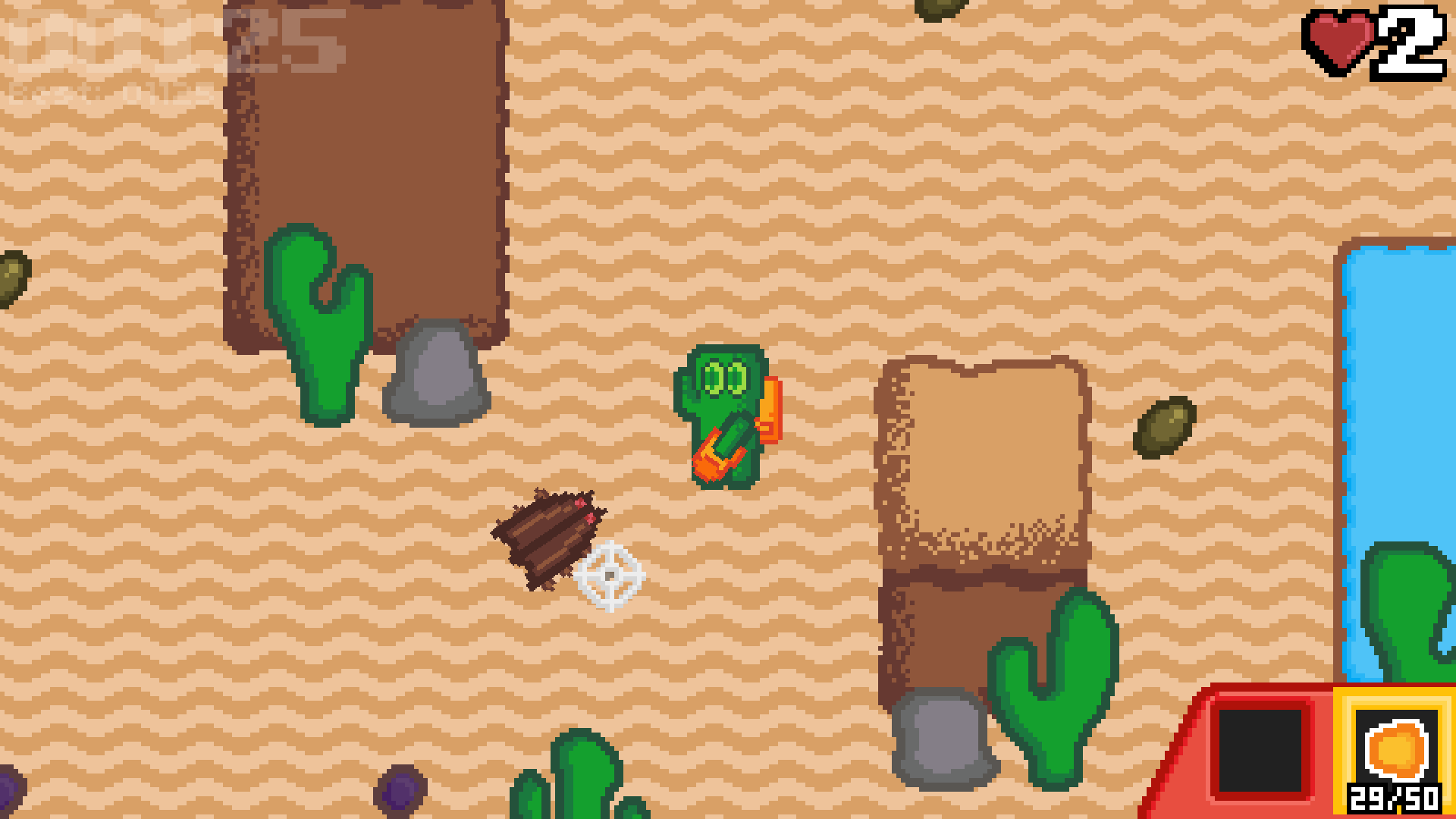 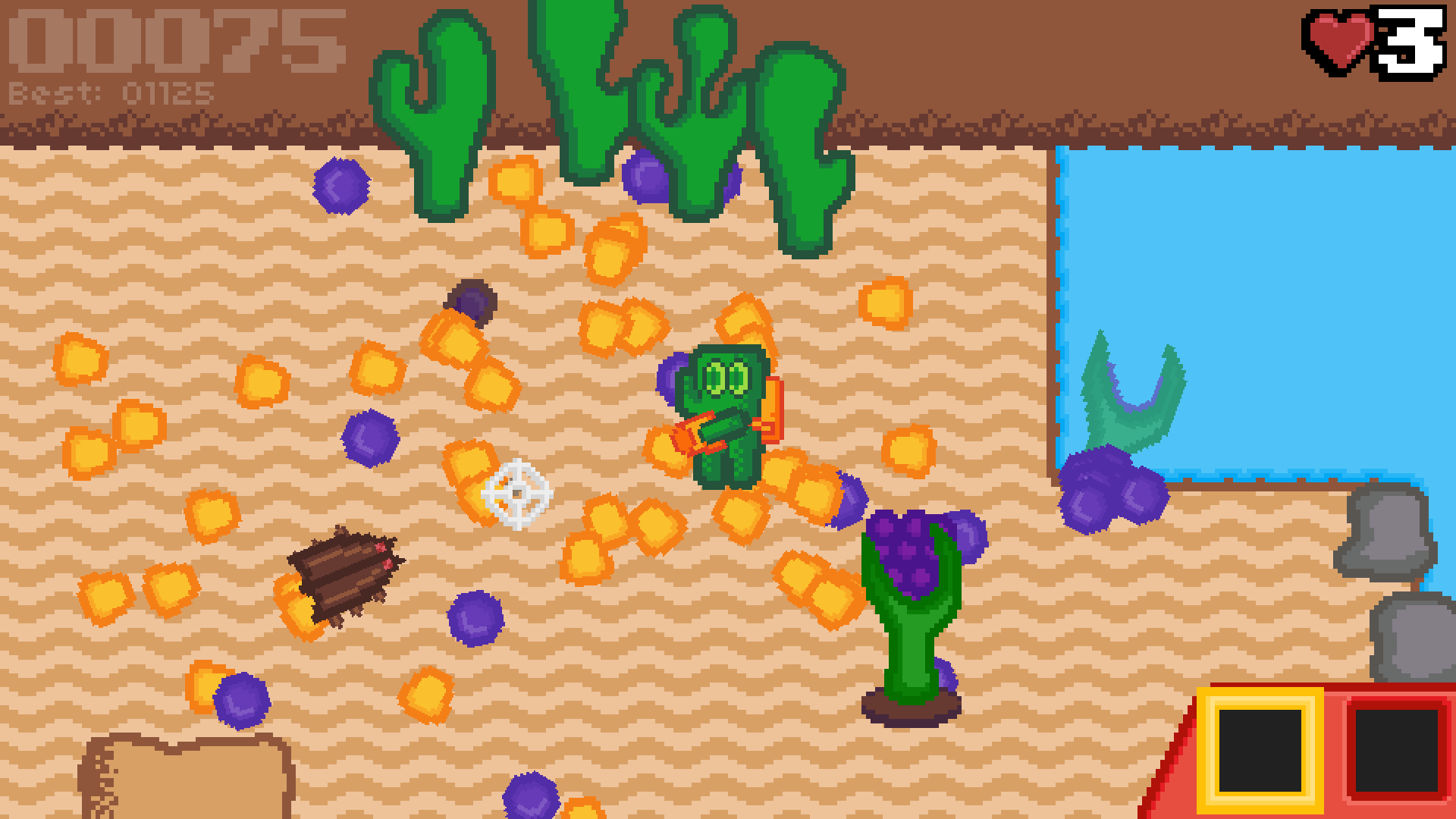 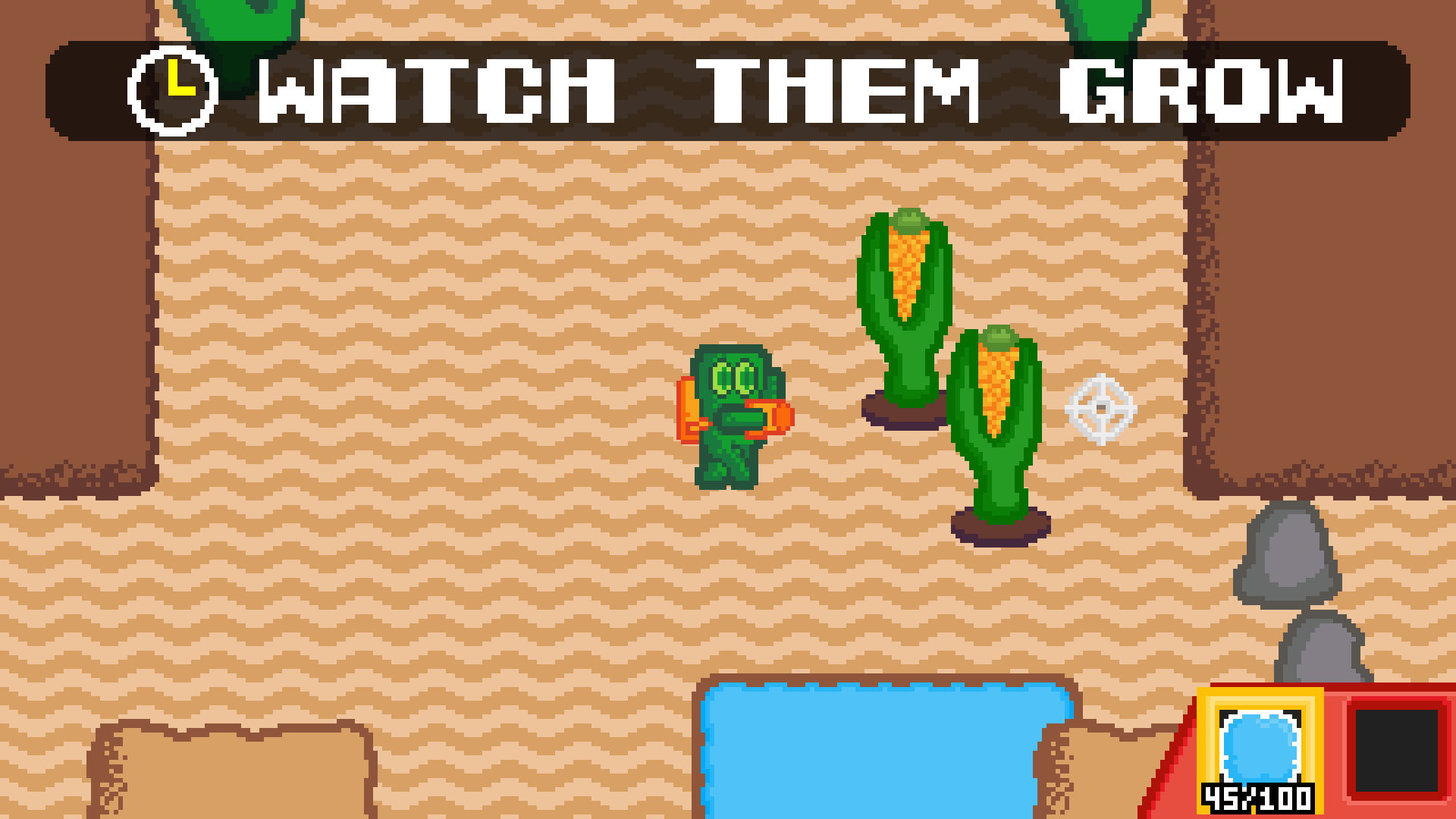 So this time around, I learned two things that are probably equally as important as each other. Firstly, always consider how other people would play. It doesn't take much time to add alternate control methods and FAR more people prefer WASD keys than arrows. When I make a game, I make the controls around the way I think is best for me, but clearly I'm in the minority to prefer arrow controls and I have to remember that next time around. Secondly, go easy on the caffine. A dozen cups of coffee a day makes it difficult to sleep and the caffine jitters are not comfortable! Other than that, I enjoyed making this one and look forward to the next!

Your desert is under attack! Take control of the cactus and save the day against the horrible beasties using weapons you plant