NOTE: Only 2 of the planned 6 mini games are in the jam version - training Accuracy and Speed! The other buttons are there, but the timer just runs out and goes back to the ranch screen. The battle system is not in place at all, so there isn't much actual 'game' to play with the jam version. The Geom picking and stats are randomized at the start - ideally I was going to have the player be able to choose one to start with.

I wanted to at least submit what I did get done and participate as much as possible. I'll do a write up for more detail on the development of this one, but basically I overestimated what I could cram into the jam time and underestimated the amount of time it would take to solve the issues that came up.

The goal in Geom Rancher is to take home 1 of 3 Geom (square, circle, or triangle) and train it week to week with minigames to increase the stats. Currently only Accuracy and Speed training are functional in the jam build. There was also going to be a tournament battle system that was a modified rock/paper/scissors type game using the 4 stats to determine hit chance and damage. None of the battle system is in the jam build, I did set up the calendar to have tournament weeks set aside for different rank events, but you can't actually battle other Geoms yet :(

The meta game is to plan the weeks you train and rest around participating in the available tournaments, but for now you can just play around with the accuracy and speed training mini games. 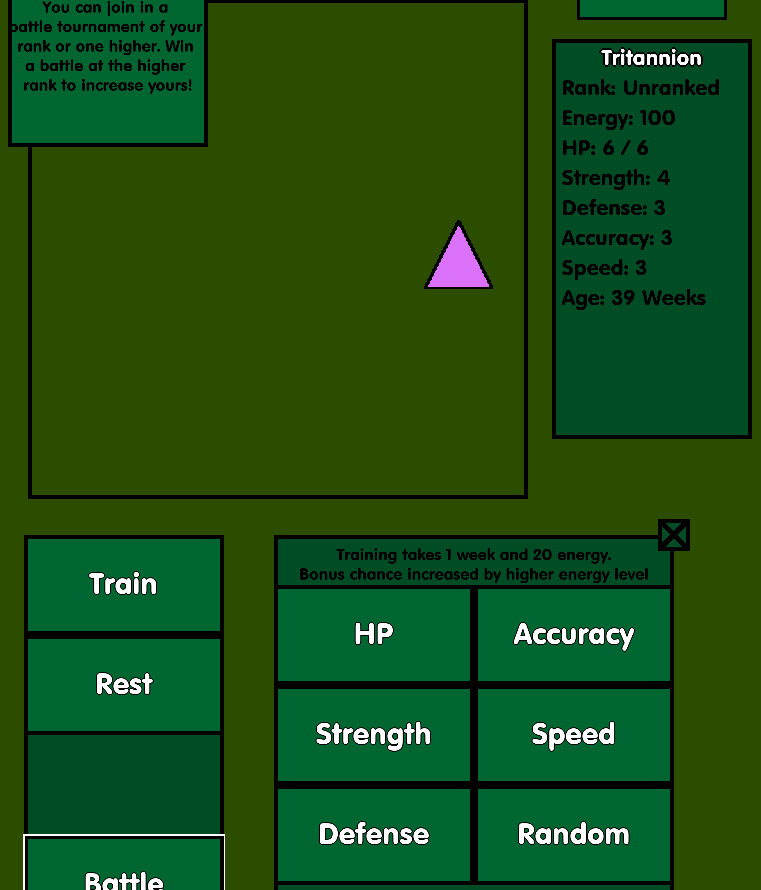 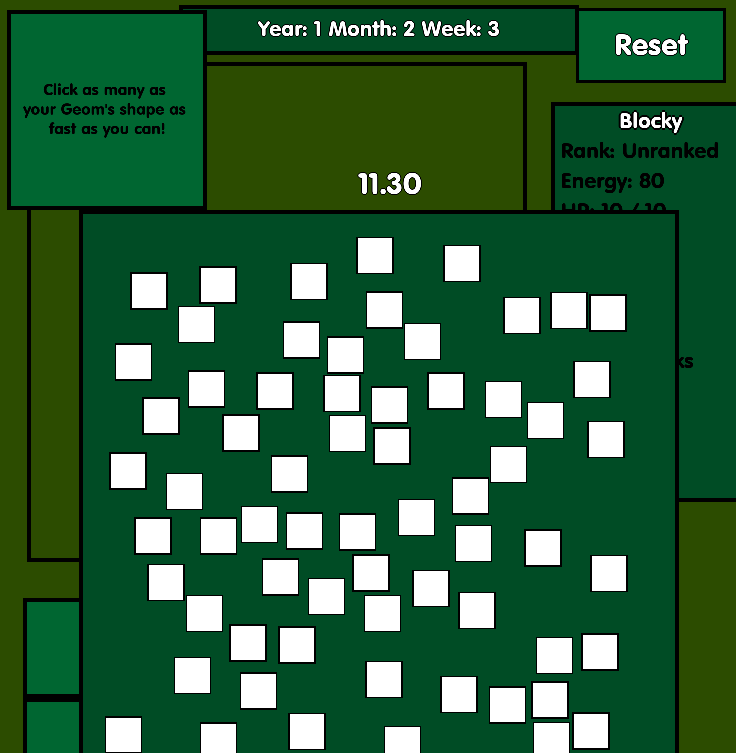 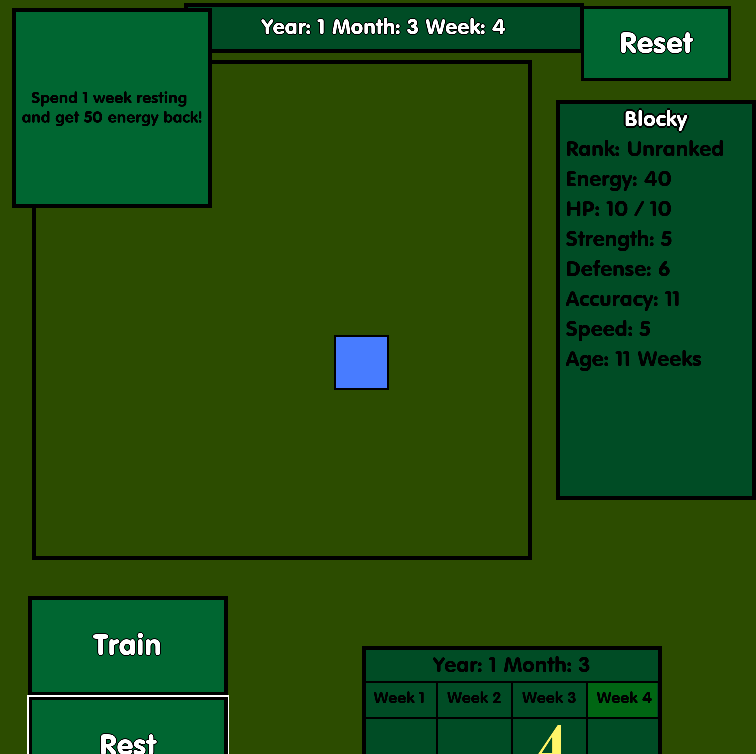 Train and raise your Geom companion on your ranch by playing mini games and battling other Geoms too! (Unfinished gameplay)