Hybrid Commander is an auto-battler, the same genre of games popularized by Dota Auto Chess. Place units from the shop to defend your side of the board, and combine units to create powerful double-sided units! The first side to lose all their health loses. If you'd like to see a video about how this game was created, you can check out the devlog by clicking here

Having two units (or four units) of the same element on the board will trigger special passive effects:

Fire: Increases the damage of units when they attack

Water: Allow units to zip across the board and attack far away foes

Light: Increases attack speed whenever a spell is cast

Plant: Allows your team to keep an ally that would have died alive, and makes that ally invincible for 2 seconds

Void: Stuns enemy units after they cast their first spell 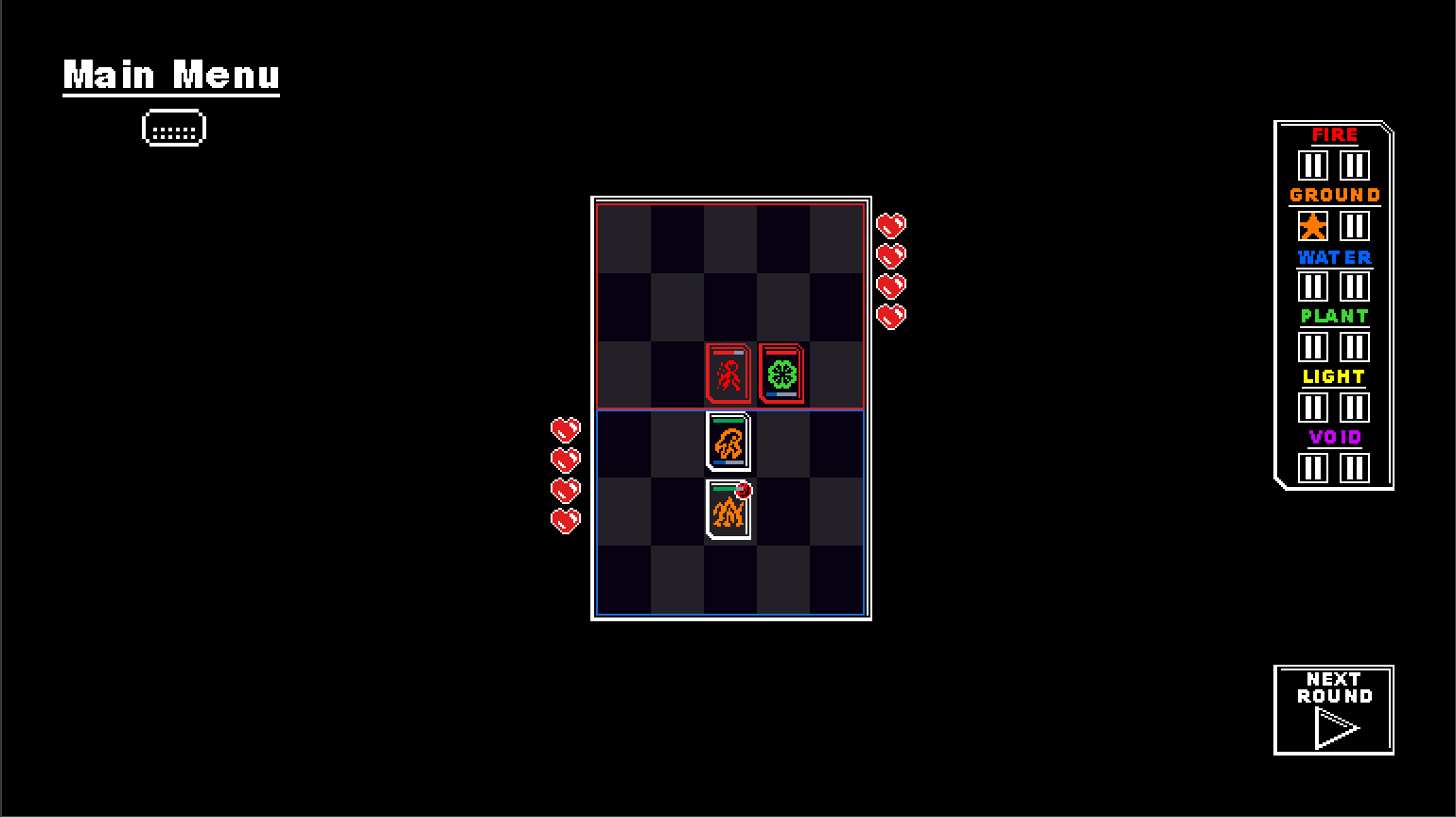 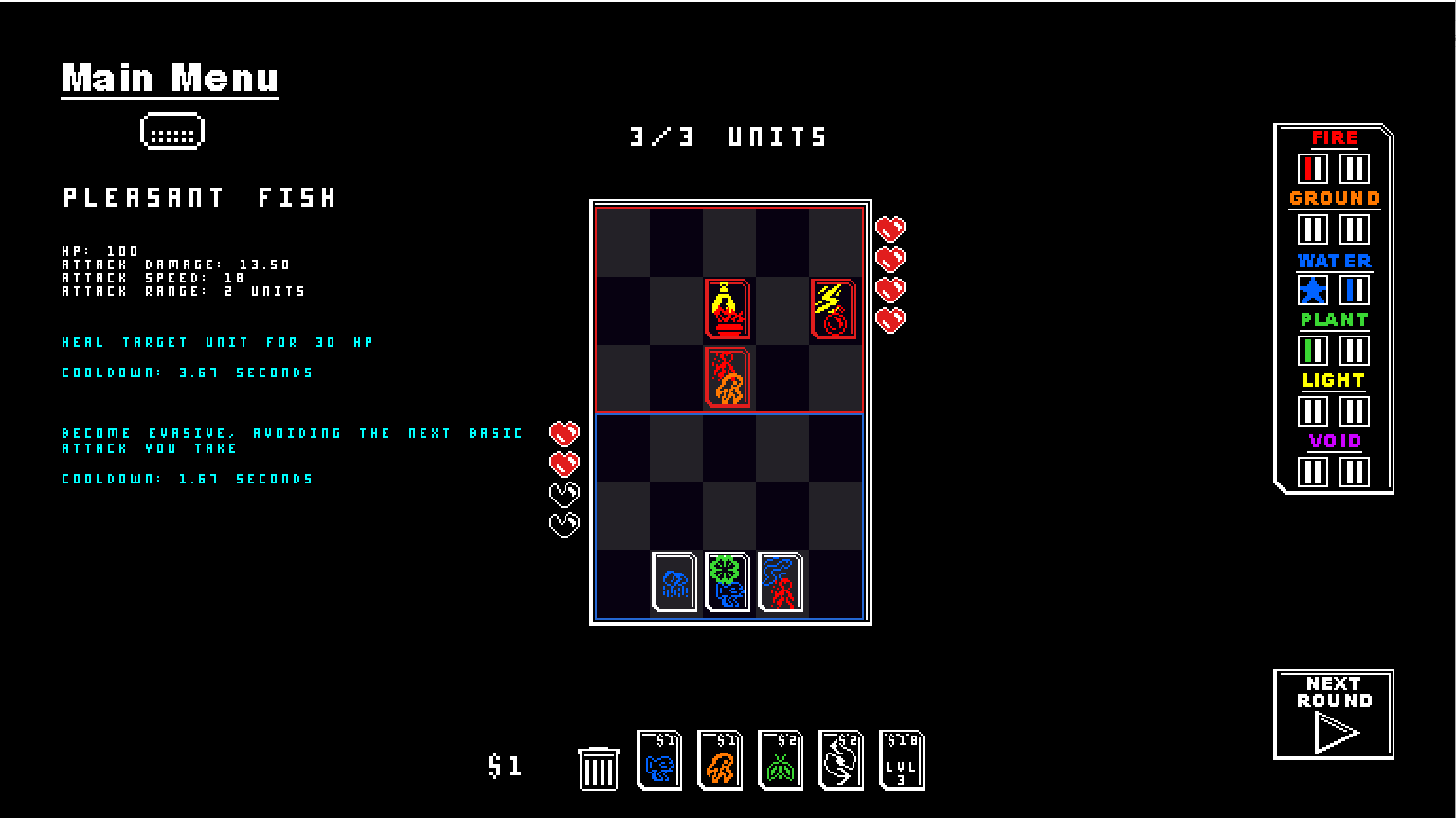 Buy and position units in your army, then fuse your soldiers together in this strategic two-sided auto battler