Join Crungus VII on his point-and-click-turn-based RPG-hybrid journey through a post-nuclear metropolis to destroy the beast that has been plaguing Earth for over a century! 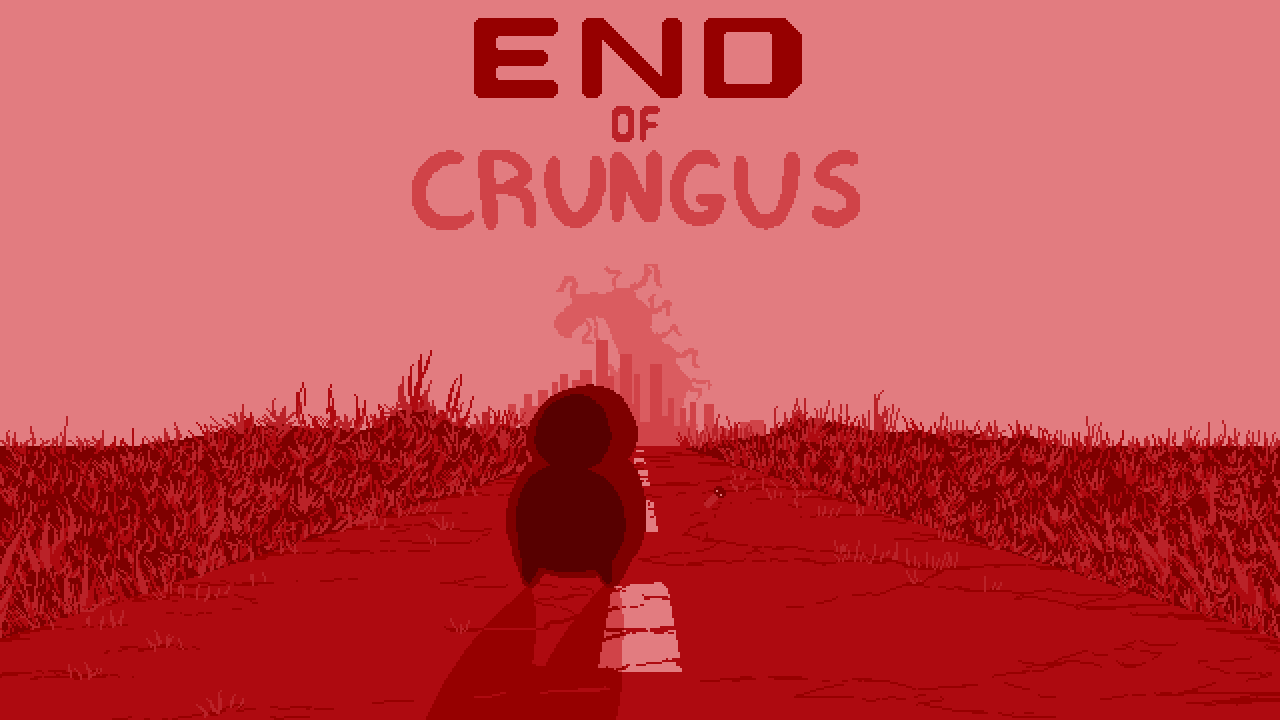 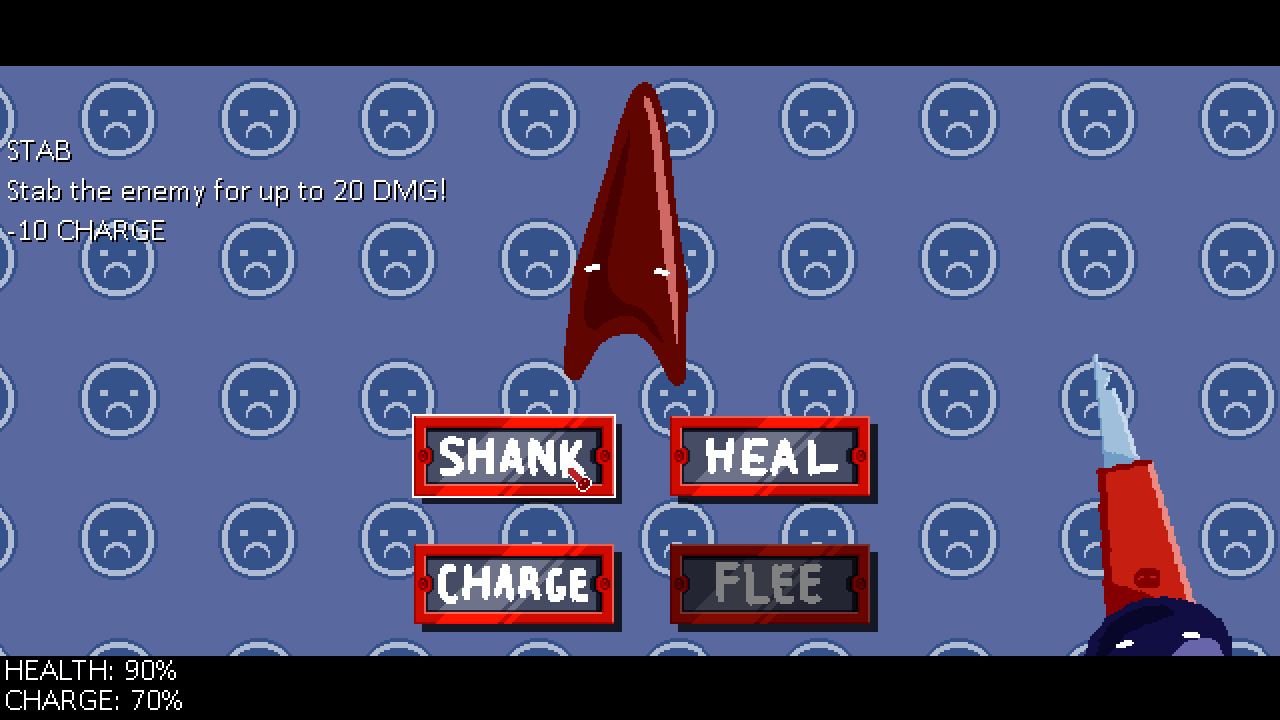 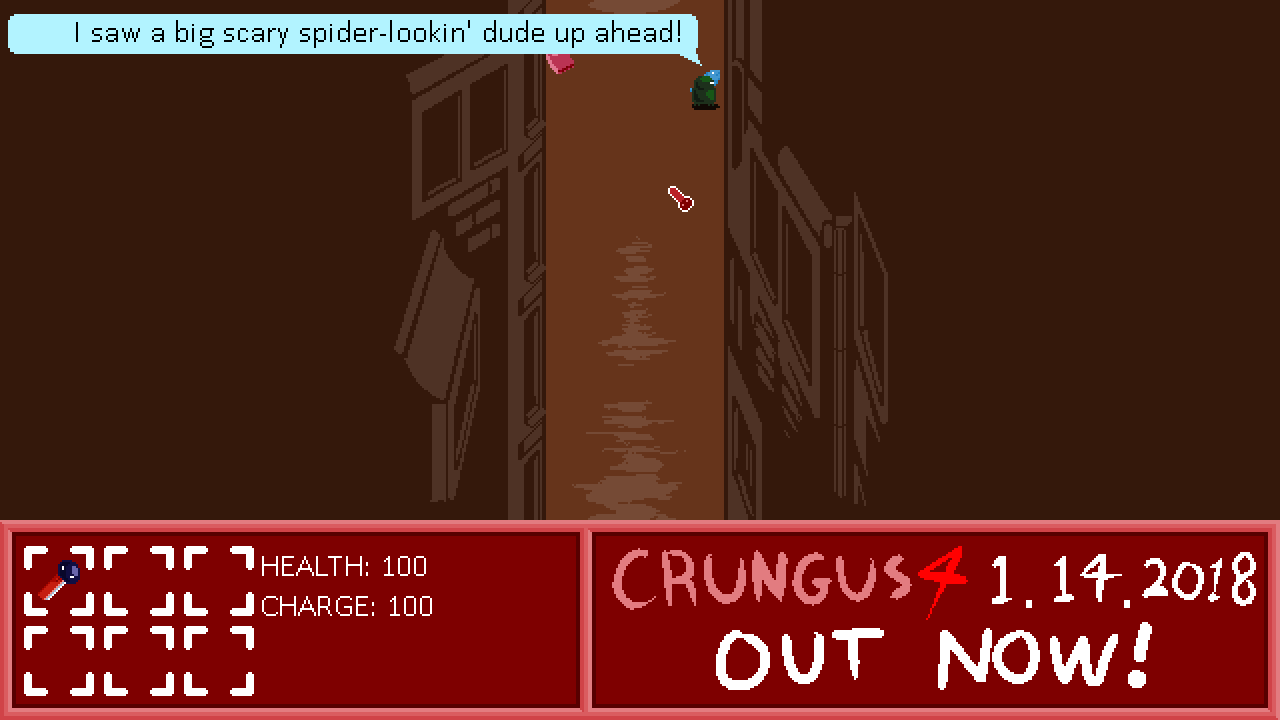 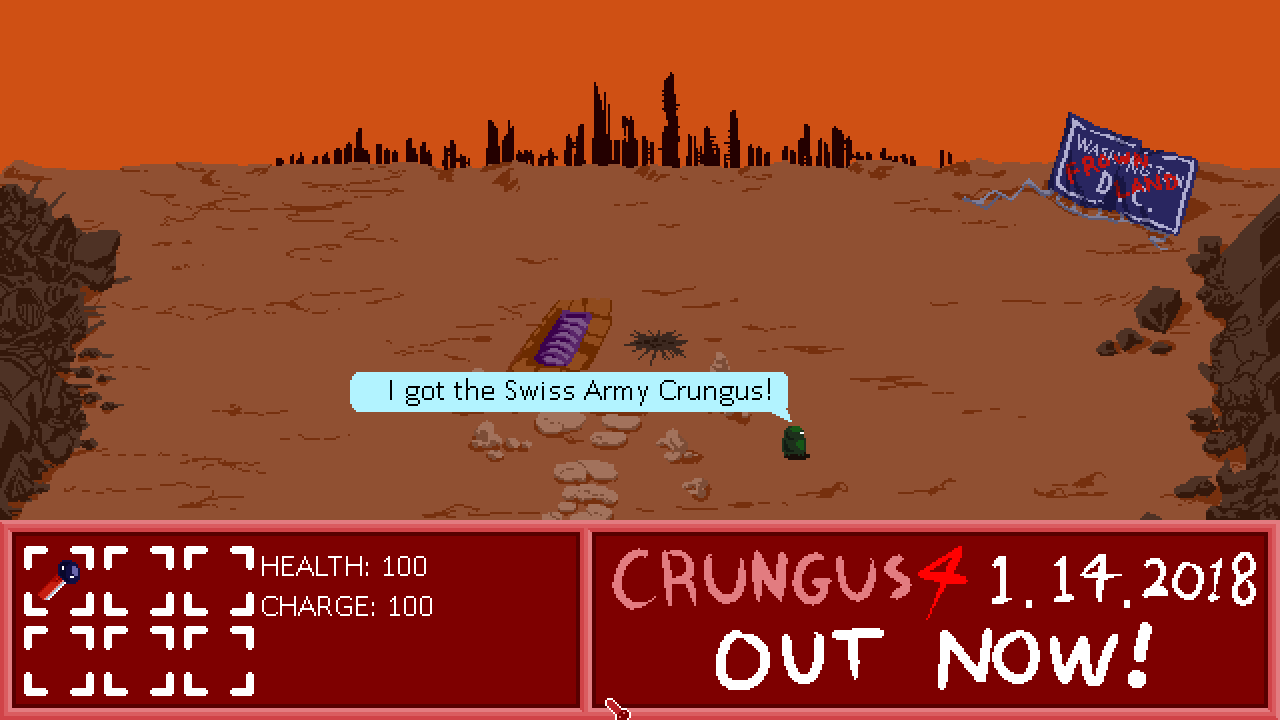 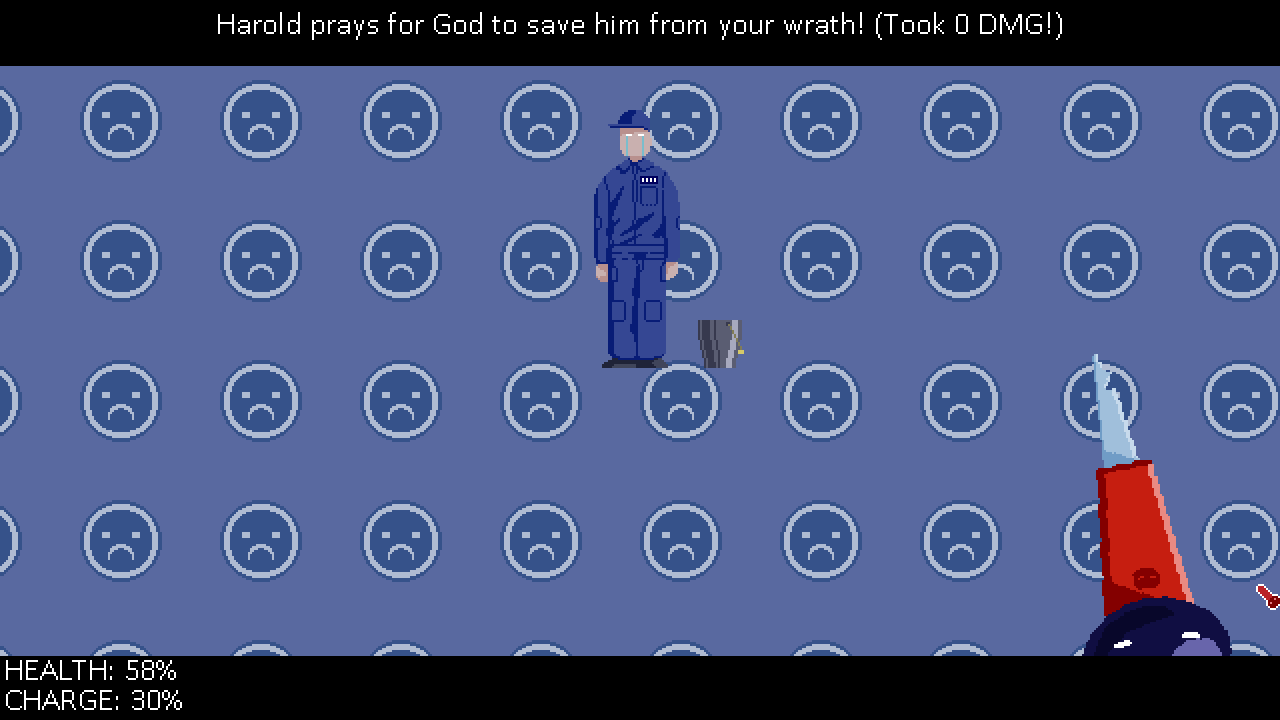 PLOT FOR PEOPLE WHO COULDN'T UNDERSTAND IT (WHICH IS PROBABLY NORMAL GIVEN THE TIME CONSTRAINTS WE HAD ALSO SPOILERS DUH):

Crungus 3's secret ending shows a giant monster emerging from the sock puppet Mrs. Crungus killed right after Mrs. Crungus and Crungus leave the mansion. The monster follows them out of the mansion and goes on to destroy everything in sight. The entire world goes to war with the monster, bu not even nukes are able to destroy it and Crungus goes missing. 100 years later, Crungus VII finds the Swiss Army Crungus, a tool capable of many things. Crungus VII goes to destroy the monster with the Swiss Army Crungus, but first he must find the monster. To do this, Crungus VII goes to the top of the tallest tower in the city. When Crungus VII reaches the top of the tower, it's revealed that the monster has been following him with its tentacles. Crungus VII is grabbed a tentacle and is dragged inside of the monster through some orifice. Crungus VII wakes up in a moist, meaty pit. The monster is completely made out of dead Crungi. Crungus VII goes through the monster, finding notes left by someone that was in there before him. The writer of the notes explains that her husband went missing after he was sent to fight the monster, and she believes that he may be inside the monster. The final note left by the person explains that she found her husband. Upon entering the next room, Crungus VII finds Mrs. Crungus's corpse and a horribly mutated original Crungus. Upon killing Crungus, the world explodes.

Join Crungus VII on his journey through a post-nuclear metropolis!