According to legends, treasure awaits the brave at the bottom of Cave of Generations.

Every handful of years, a new explorer follows in the footsteps of their descendants, and tries to conquer the Cave.

This is the story of those brave people who took up the challenge.

A range of debug controls have accidentally been left in the game. These include Backspace, F4, F5, F9 / Back, Start, triggers, bumpers. Expect the worst when pressing these. Sorry for any issues!

Here's how to fix some major issues: 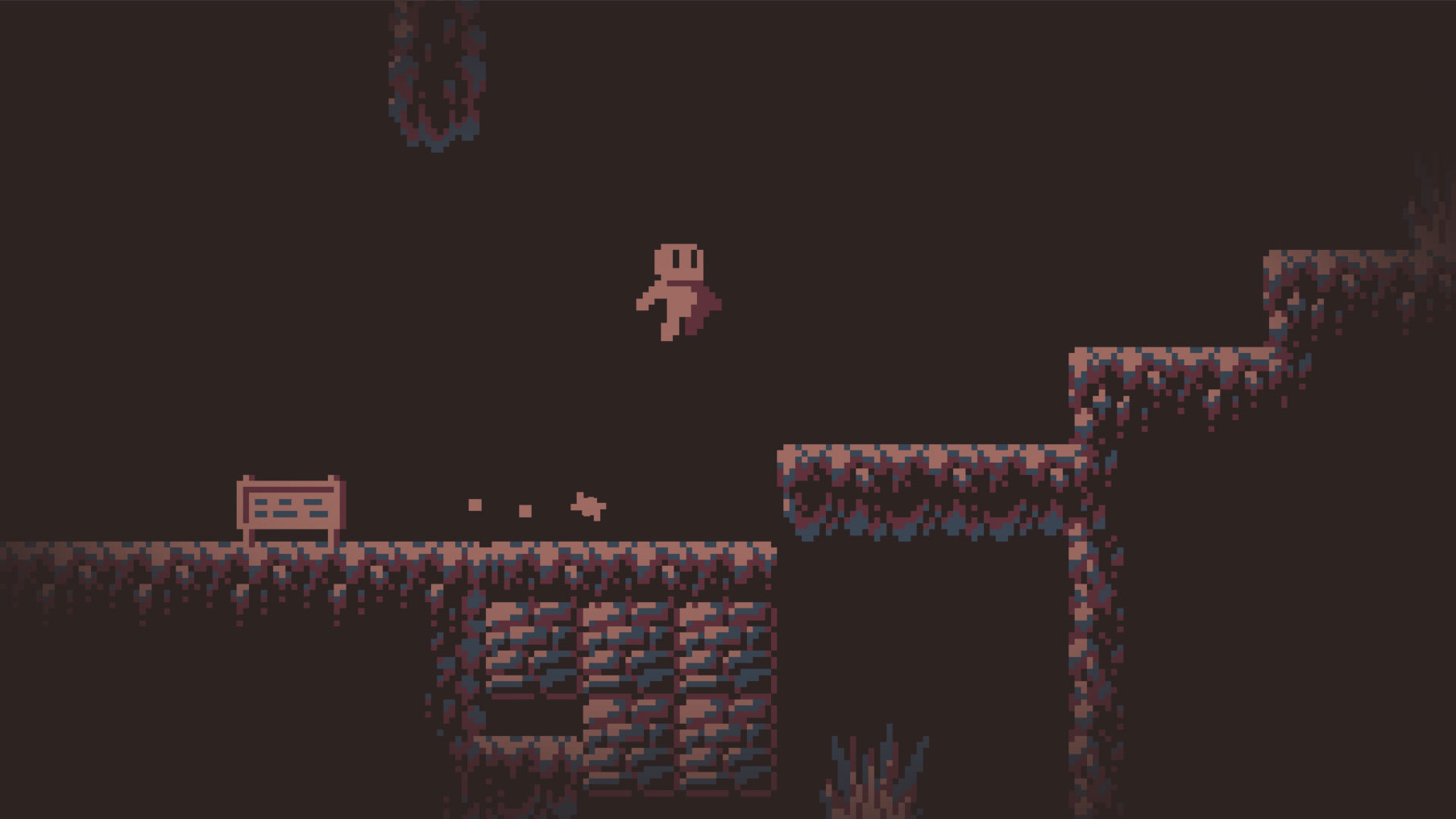 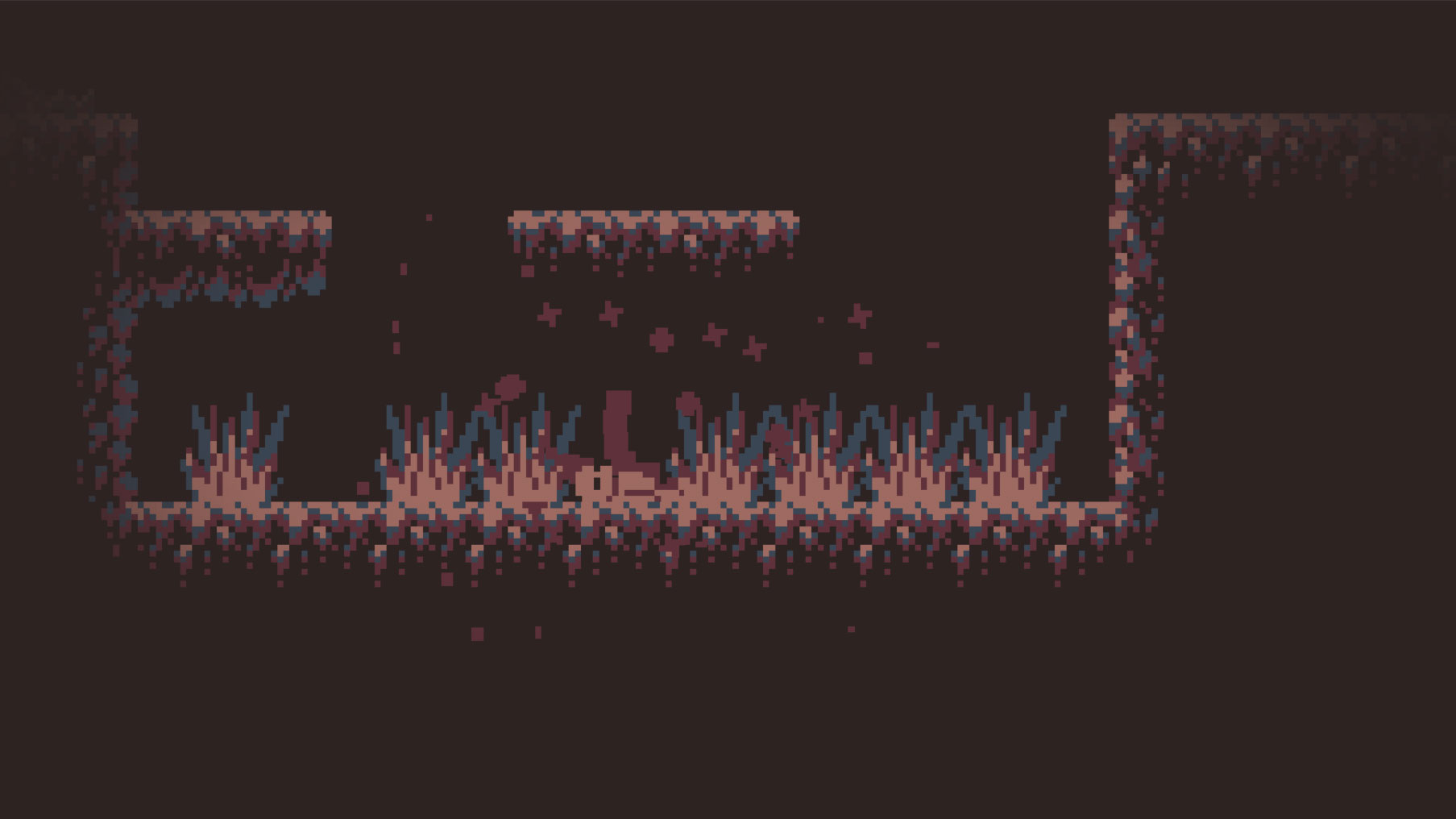 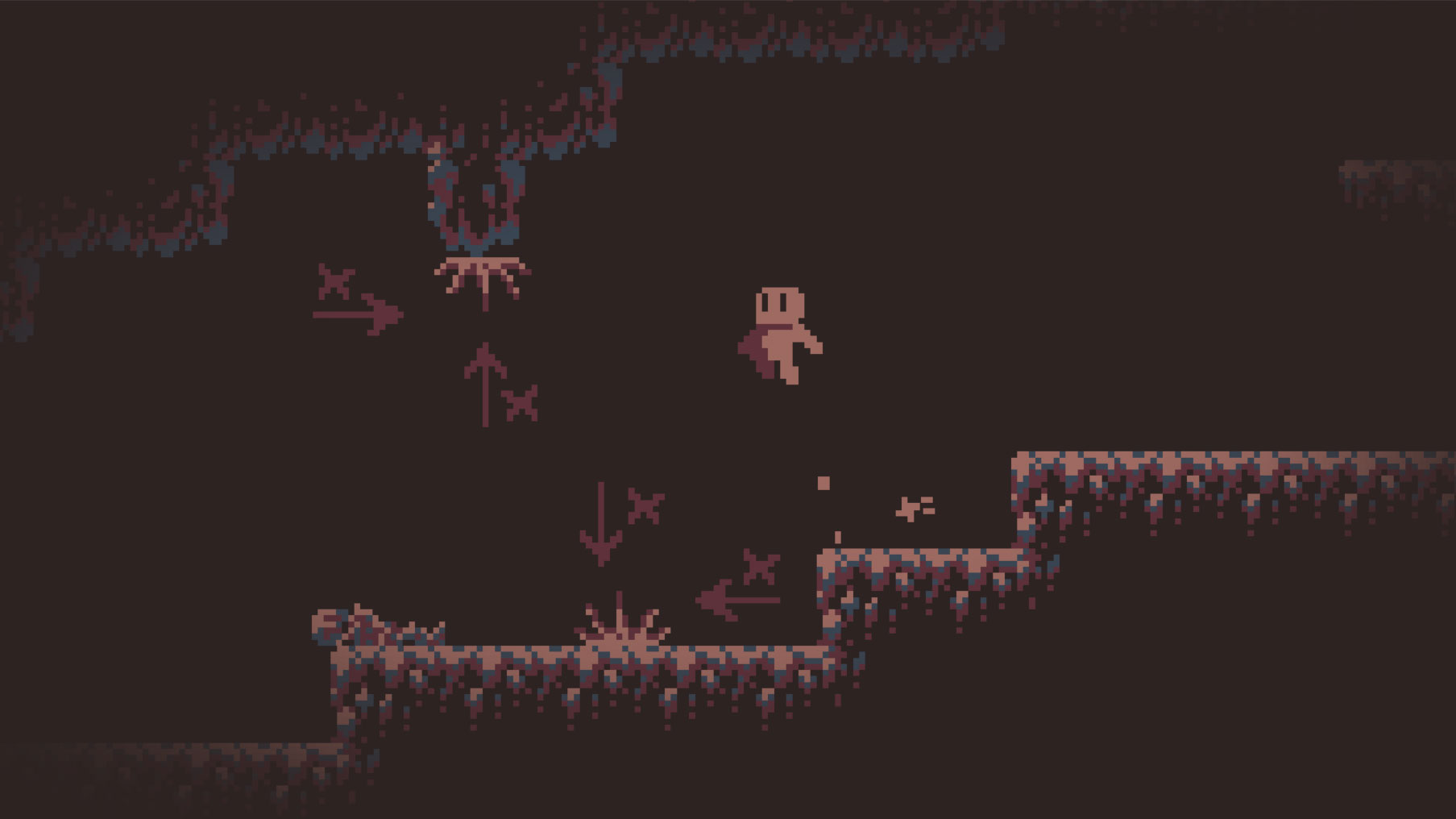 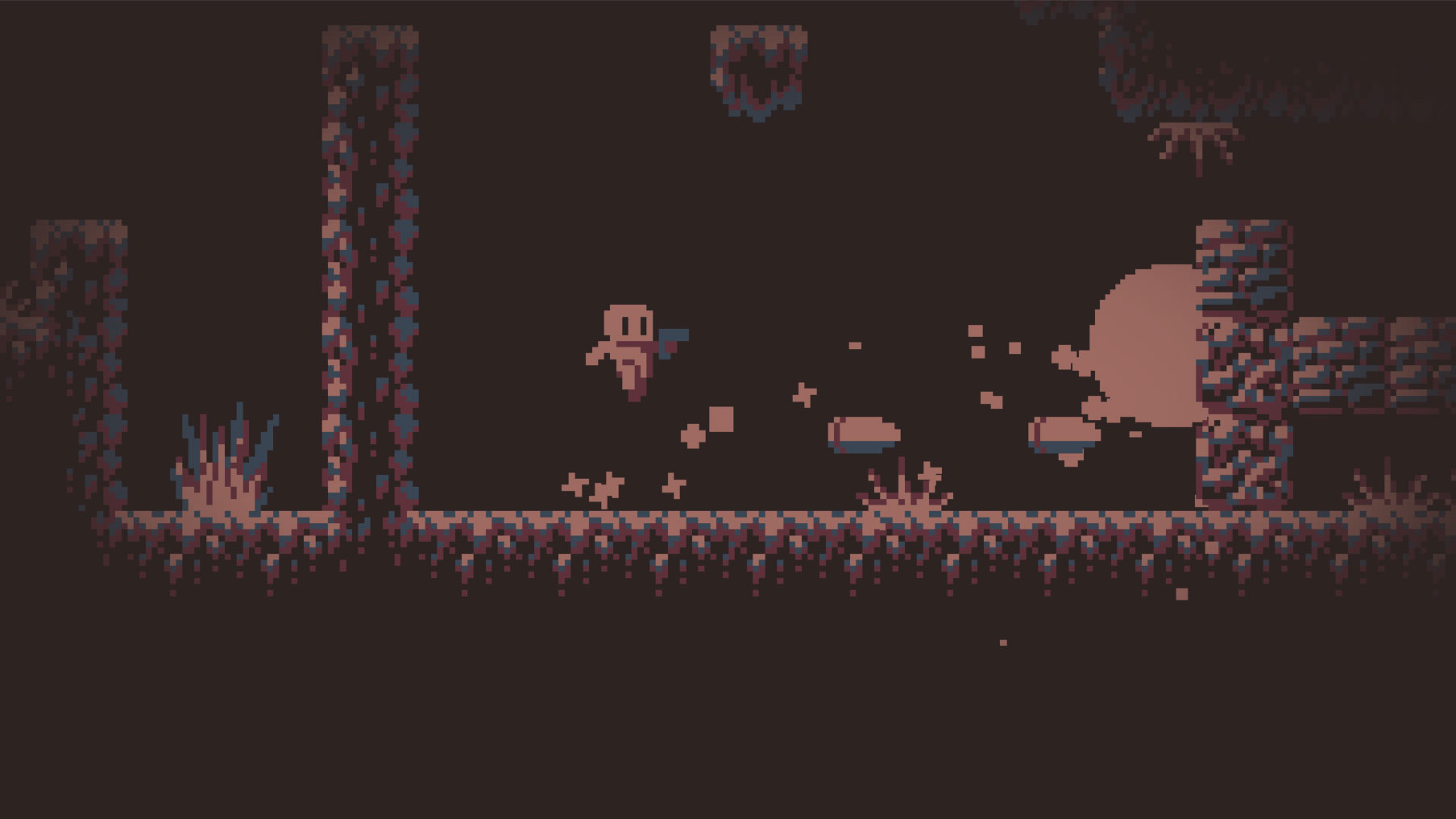 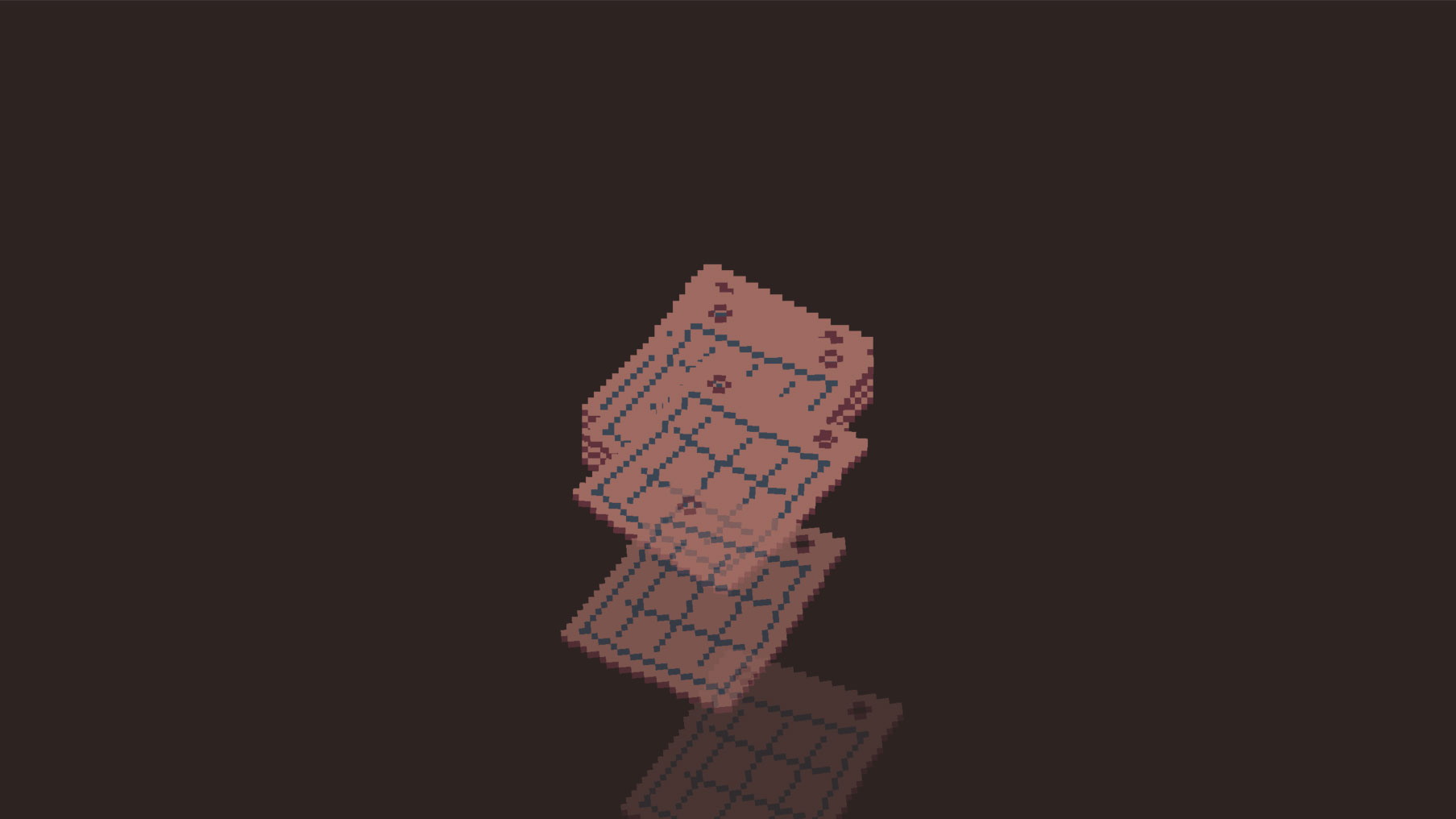 This was a damn good GM48, man. I've been extremely busy and stressed out for the last 3 months, unable to work on games at all. Finally launching GMS2 again for the first time in months Saturday morning was amazing. A+++, thank the stars for aligning GM48 and Easter weekend with each other.

A post-mortem of sorts

I wanted to focus on 4 core points this time around: Awesome and juicy gameplay, the theme, keeping the scope fairly small and realistic, and then just polish it up real nice. Looking past the short amount of content, I'd say I achieved that! And with the added bonus of /u/blokatt making some awesome music and sounds, the overall package sure feels like a game. Proud of myself.

I had multiple ideas for the theme. The first was a weird, psychadelic virus/glith simulator, that would act as if the player's computer had been taken over by some virus or spirit or whatever, complete with fake Blue Screens and all. The player then had to descend deeper into their computer (and their madness), solving puzzles in DOS and BIOS-like interfaces. Cool idea, but maybe a little unrealistic. This would also utilise some interesting "game running outside its window" stuff that I'd tried my hands on and failed horribly at during an earlier GM48. Welp.

So my second idea was a lot less interesting, but still neat. Descending into a cave full of traps and stuff to find some treasure. And also following in the footsteps of your descendants, through playing as different explorers over the course of many years. "Descendants" either literally in the sense that all the player characters are from the same family, or just figuratively. I went with this idea, even though it seems rather complex, there were also obvious places from where I could cut the fat once neceessary.

I really like my final product! Although it's super annoying that I accidentally left a whole bunch of debug controls and unfinished things (like screenshake) in the game. Woops! At least the rest works fairly well, haha.

It always amazes me just how much stuff gets done during a GM48 weekend. It can be hard work, but knowing that dozens of others are working on their games alongside you makes it worth it.

Thanks to /u/tehwave for running this thing so smoothly, the new website is kickass. Thanks to /u/blokatt for being the best.

According to legend, treasure awaits the brave at the bottom of Cave of Generations!