Tour on the Underworld

TOUR on the UNDERWORLD

HTML5/BROWSER PORT HAS BUGS FROM PORTING 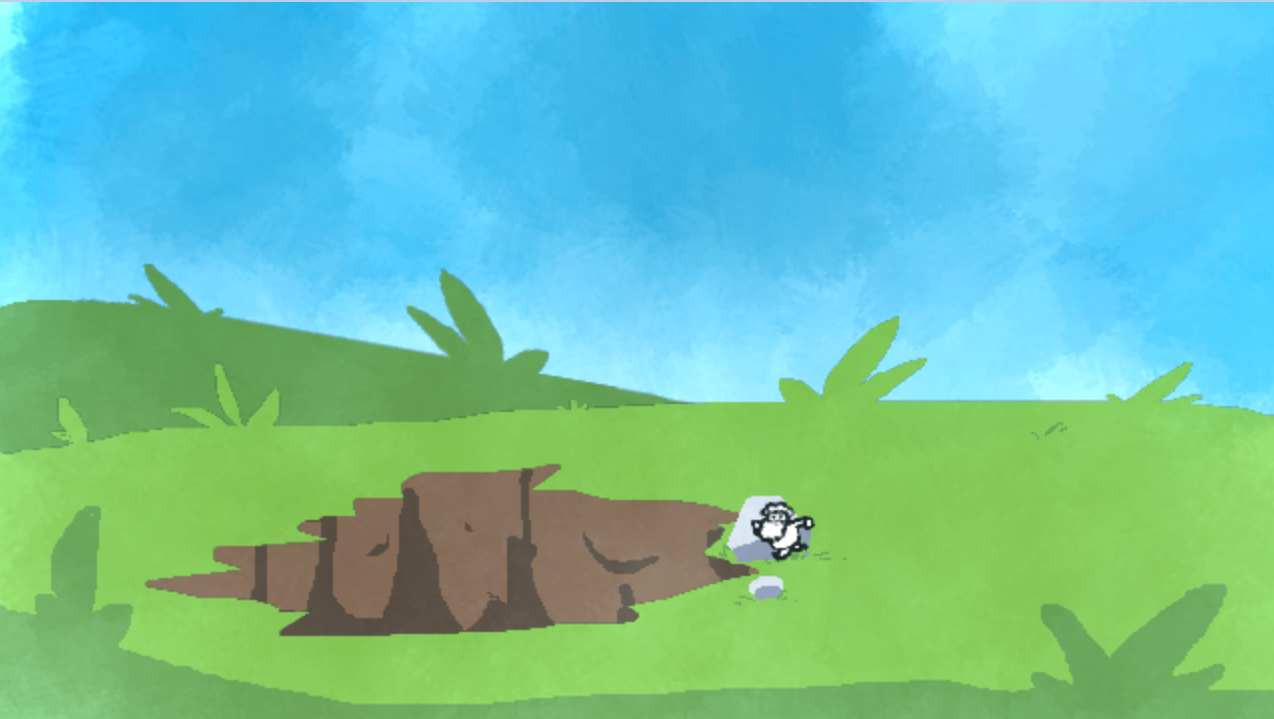 Misfortunated guy walks upon bottomless pit and falls down to the Underworld. There he meets evil spirit, who is going keep to you there forever. Expel the evil spirit before He casts curse upon you and escape the Underworld! Time is ticking, do you feel the pressure? 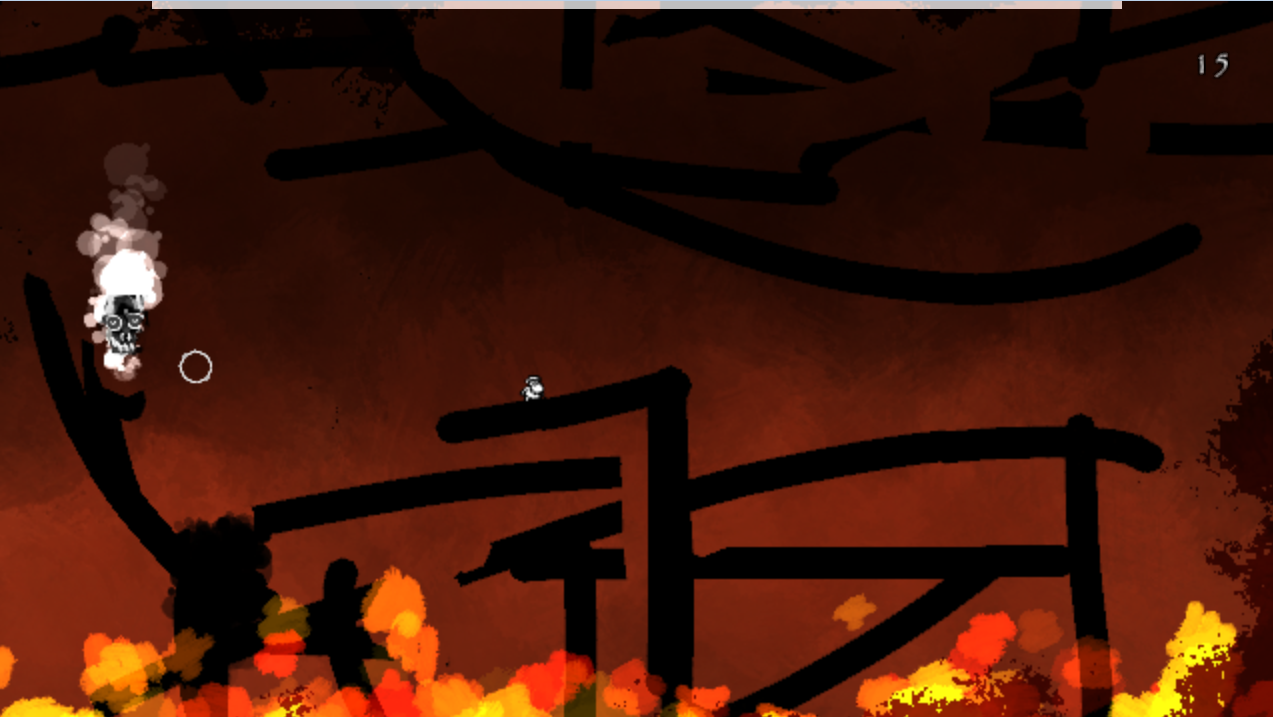 Game can be completed, interrupt curse 36 times and door appears, but time runs until you reach it. You can also try get score as high as you can survive. My own highscore is 44 before I ratted out back to the surface :)

(Or just cheat with Backspace and Numpad+ to increase points ;) 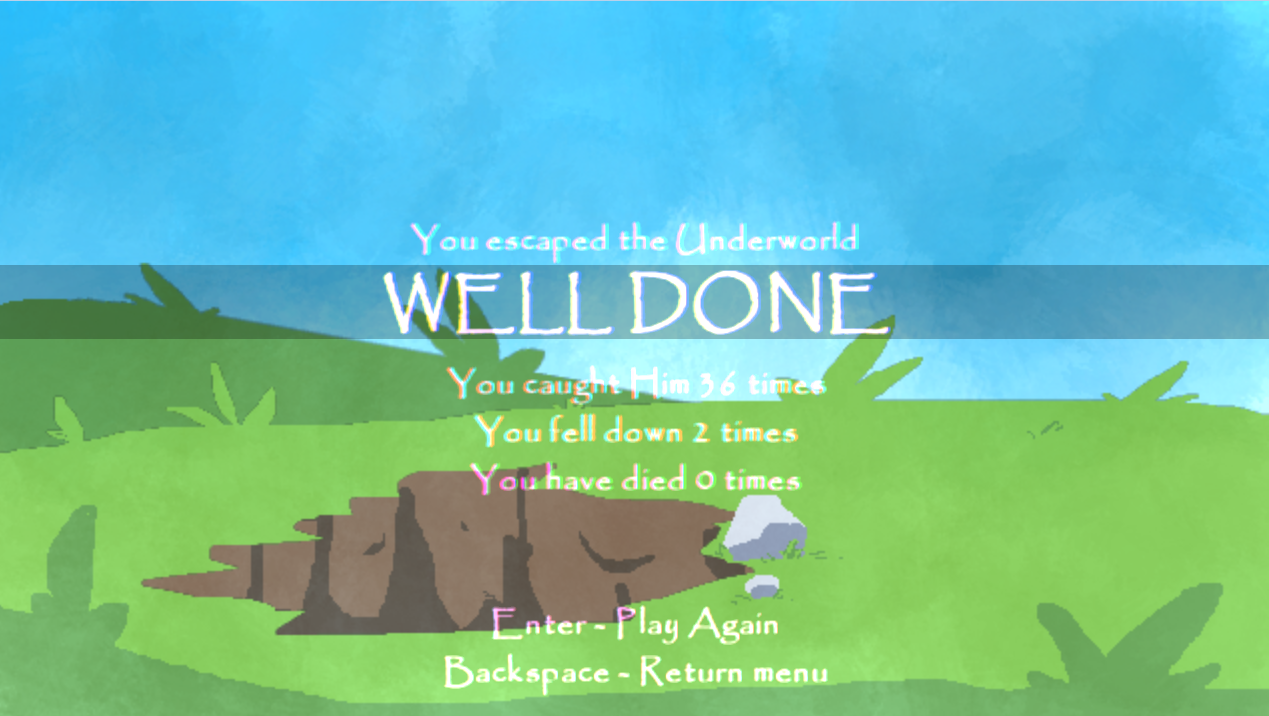 Windows -downloadable version does not have these bugs.

Sooo, I'll tell here what happened with developing the game:

So yeeeah, I started making my game with old theme on mind, because I didn't know it was old and somehow the mobile page showed old theme there. Also didn't notice it said 26th not 27th.

After I got to "know" the theme I went to sleep, next day I played Pokemon Go with friends (Zapdos day). At the evening I come up with idea of drawing the platforms, and going level to level by reaching exit door, and on next level the previous levels drawings would be there, but as blazing hot which you cannot touch. Didn't like it that much, as it didn't feel as good (thought you could go back to previous room and redo the level). After basic game design and mechanic had been made, I went to sleep to get better idea next day.

After some brainstorming I came up with current idea, you are gonna get cursed, gotta go distub the evil spirit before it casts it. So gameplay had time, which was running out. Remember, I still didn't know right theme, I had only checked GM48 page with mobile couple of times. After I have basically finished the game and some hours left to make intro and outro scenes, I went to see GM48 page with PC and saw to my horror that theme wasn't right. I was sure I had looked it couple of times, so I went to watch with mobile phone and it still showed old theme (I took screenshot). I was lucky, that game had now "countdown" contrast to starting idea. I wouldn't have time to add any other theme etc., as I think I got less than 3 hours left.

Overall I think I had max 25 hours of developing time at disposal, but in reality it was less than that as I did other things too. To think of that, I managed squeeze finished game :)

Expel the evil spirit before He casts curse upon you and escape the Underworld. Draw your way, but those might also block you