Take control of two lil piggies on opposite platforms in this cutesy retro arcade game!
Just like Newton's third law, where something good will happen on one pigs side, the opposite will happen to the pig on the other, your job is to keep them both safe and guide them to those tasty apples and cakes and rack up the best score you can!

Keep your eye on both sides as the difficulty begins to ramp up and avoid falling off the edges or being stomped, flattened, squashed, impaled or jammed!

The highest score this jam was Evoleo! with 271, congratulations!

Thank you so much to everyone who's enjoyed Hamboozled! As some of you had pointed out, there were some timing issues at some points, I've fixed these now, alongside a few other small bits and pieces and have released the updated version on itch.io
(Download for free HERE) 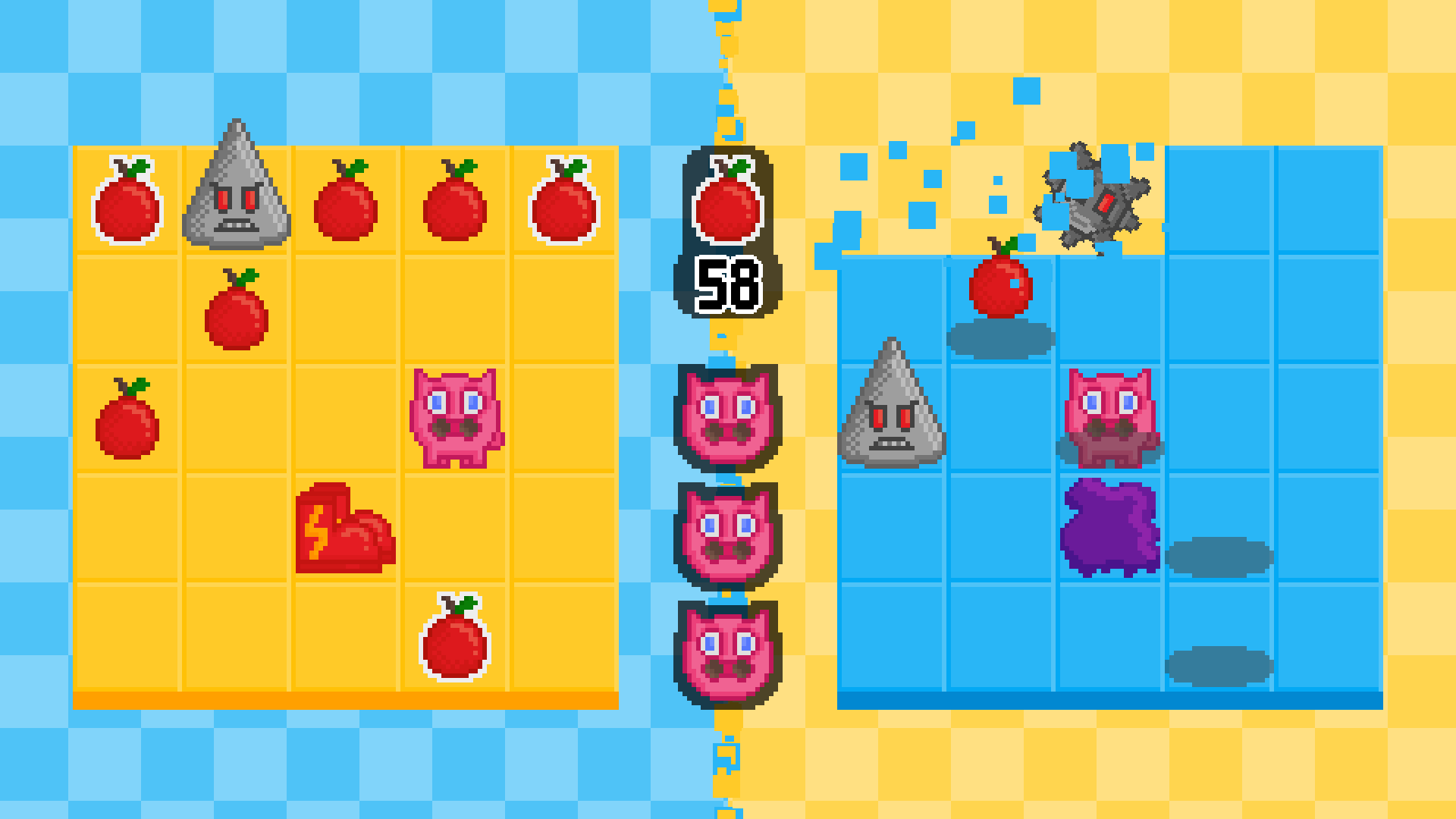 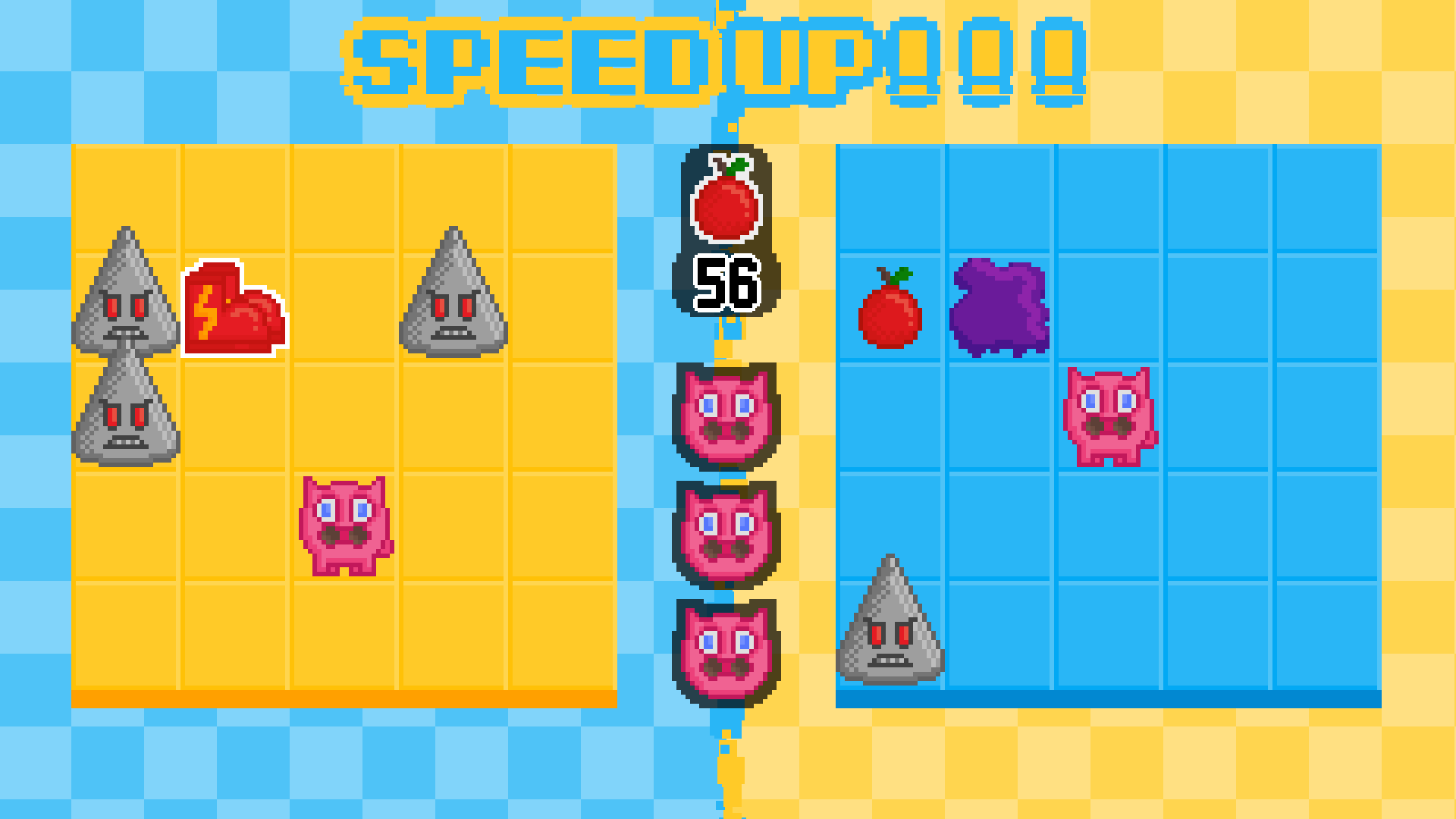 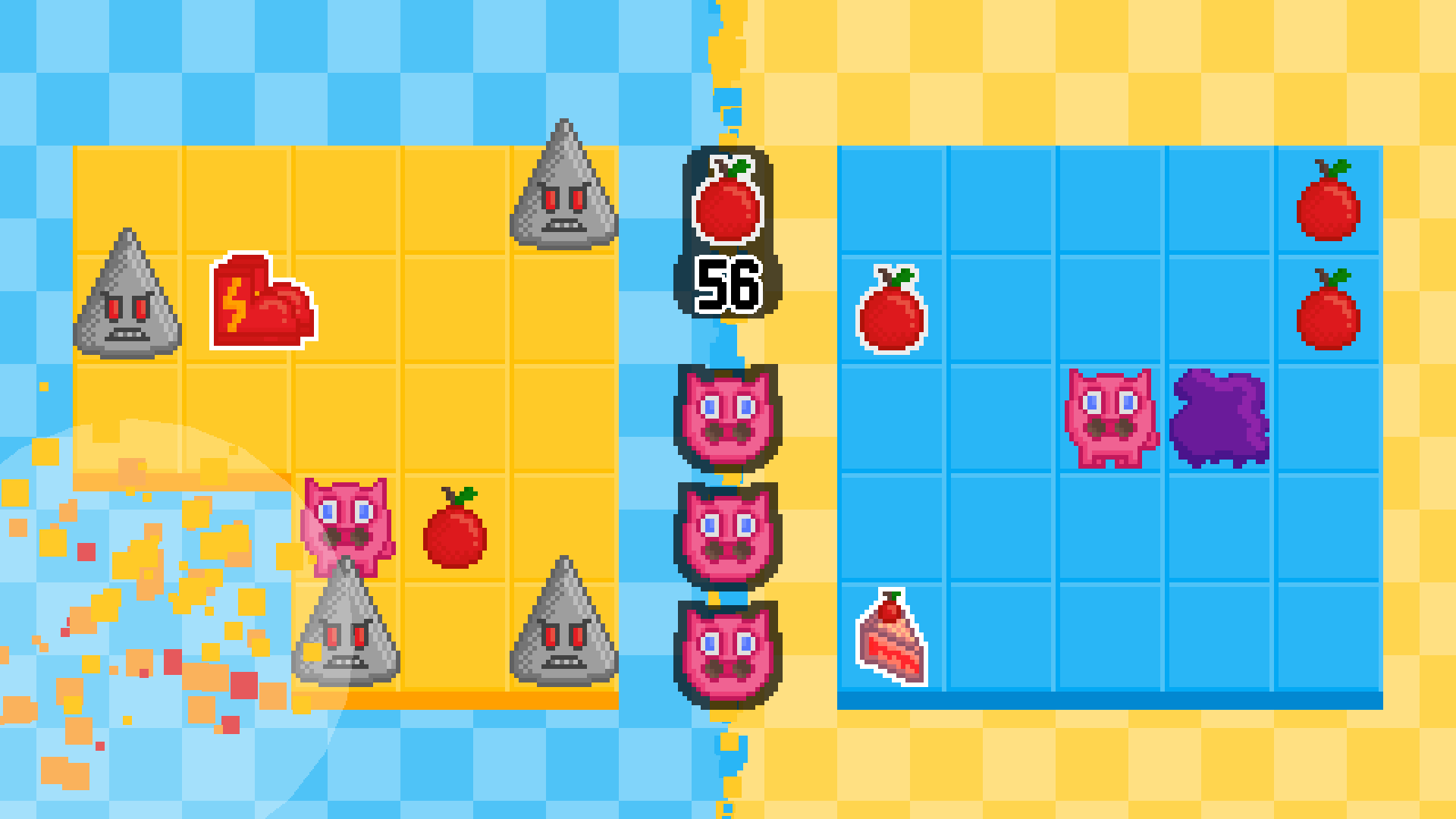 I had a lot of fun with this one, I tried to make a simple concept and focus more on the replay value and the fun competitve nature of it rather than over-complicating it with feature bloat and more bits-and-bobs that people wouldn't see. I think the thing I'd learned is that people tend to only play these games for a few minutes each when judging so first impressions are everything. This is also the first time I made the music myself and it's the highest score I'd ever got in that category so maybe I'm not as awful at making noise as I thought I was!

Take control of two pigs on opposite platforms with opposite effects, where good things land on one side, bad lands on the other