ATTENTION! The sound is broken in the HTML version - please play the Windows version before you rate me on audio!

A hypothetical material engineered to maximize its use as a computing substrate.

A lone Von Neumann probe lands on a planet and sets out collecting and converting all the raw materials on the planet. Its goal is to create a universe of planet-sized living computers to calculate an impossible Theorem.

Place waypoint - Space - (Then move to set its direction)

Build train - T - (When on the train spawner)

Made for the GM48 game jam 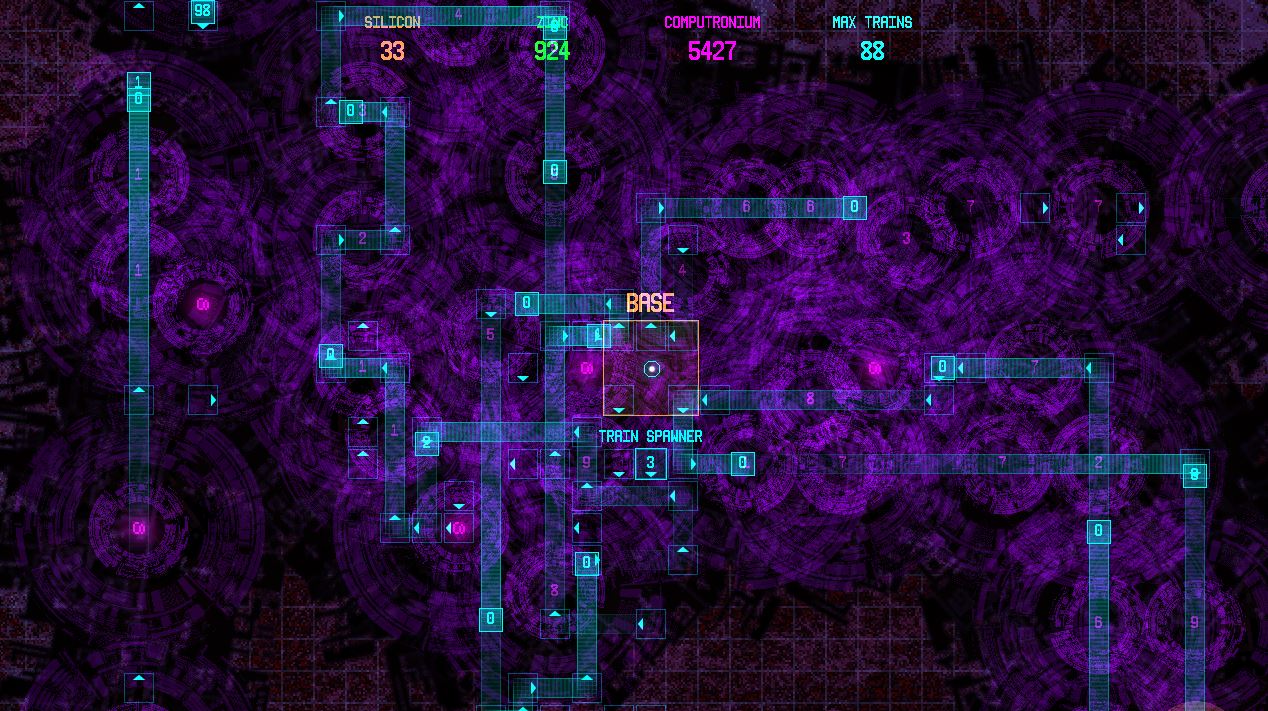 Seize and exploit the planet's resources