A small block-pushing puzzle game, inspired by Sokoban and a few others.
Each level will get smaller and smaller while keeping the same overall layout.

This is the first level. In this, I use what I call "the Zelda": that line of 3 pushable blocks that you need to push in a specific pattern to get through. Notice all the empty space. 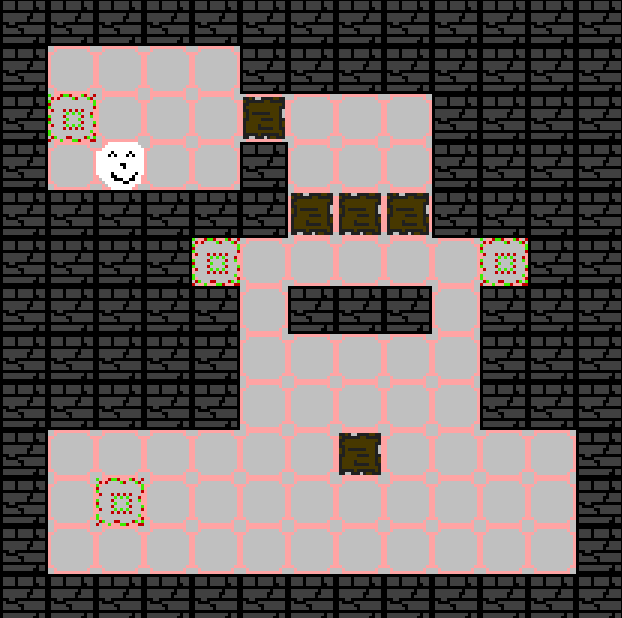 The second version of the level is more of less the same, but to reflect the reduction of space, goals are moved around. The "Zelda" is still there, but the available options are reduced. 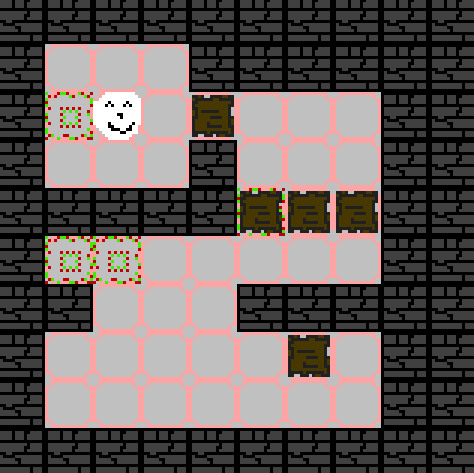 In the tiny version of this level, almost every space is used and important, and there's no room for mistake. 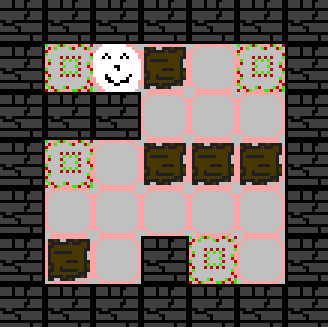 I decided to make a Sokoban game to get some training in level design. That's something I usually don't do/like much during jams.
Sadly, I struggled for a while with a GMS bug, and I spent some time making a cleaner movement system (which was pretty cool and let me do some fun stuff), so I didn't get to do as much level design as I wanted.
But as a jam game, there's still enough content for me to be satisfied with this project.

I tried as much as possible to keep the same idea in each version of each level, so designing the rooms in a 5*5 square was pretty hard. But finding a way to get a satisfying puzzle in such a small space was really satisfying. Pretty similar to completing a puzzle, in fact. Except for this I didn't know if there was a solution.
There's only one level I don't really like, but it's not that big of an issue.

A small block-pushing puzzle game about a tiny person in a shrinking world.