You receive a mysterious email, someone has stolen your grandmother! Who would do such a thing? You don't know much, all you do know is you need some celestial moons to get her back. Thankfully you have your trusty wand with you. Travel the astral planes, gather the moons and save your grandmother! Unthankfully, the wand is just as much an emeny as it is a tool - while it can retrieve moons and shoot obstacles, the energy sparks won't go away, use your weapon wisely to fend off the mysterious forces trying to stop you from stealing those moons for the sake of your grandmother!

I've made some quality of life updates and released Version 1.1 on itch.
Check it out here: https://tydecongames.itch.io/moon-stealers

In Game: Use the <WASD> keys to move around and use the <MOUSE> to fire your wand.
Menu: Use <WASD> to navigate and <SPACE / ENTER > to select. 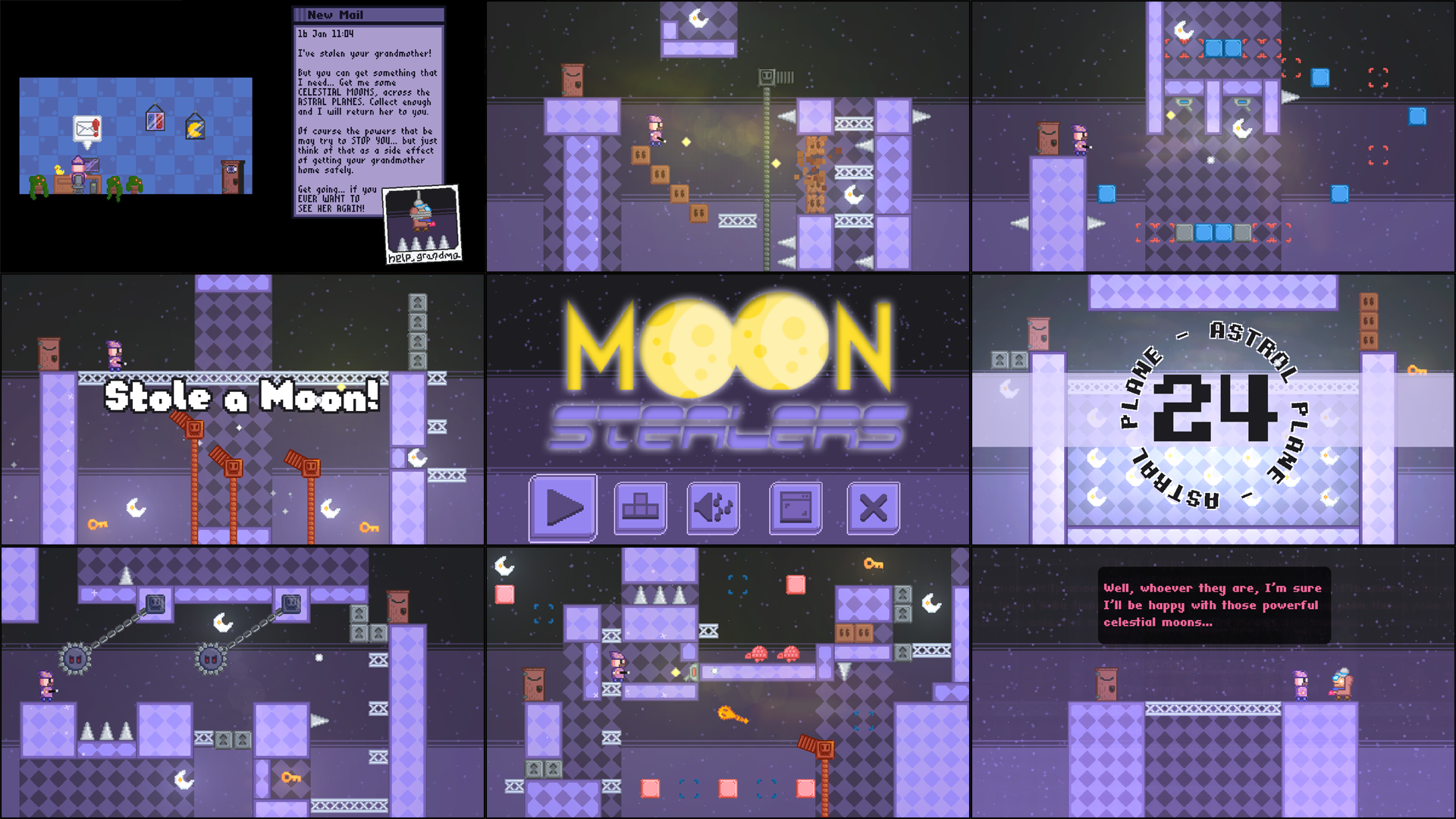 You receive a mysterious email, your grandmother is in trouble and the only way to get her back is to steal the celestial moons!